What a way to mark the end of our 2021 field season - we were treated to a spectacular Aurora to end a great cruise on Sikuliaq. This trip marked Sikuliaq’s deepest excursion into the pack ice – over 200 nautical miles from the ice edge in a year with an unusually rapid and extensive freeze-up.

Summer and fall 2021 are busy for IOP. Healy is the first of 3 major cruises. We’re almost done out here with 7 of 8 moorings recovered in tricky conditions through the ice. Now just need to find a spot to drop the gliders. 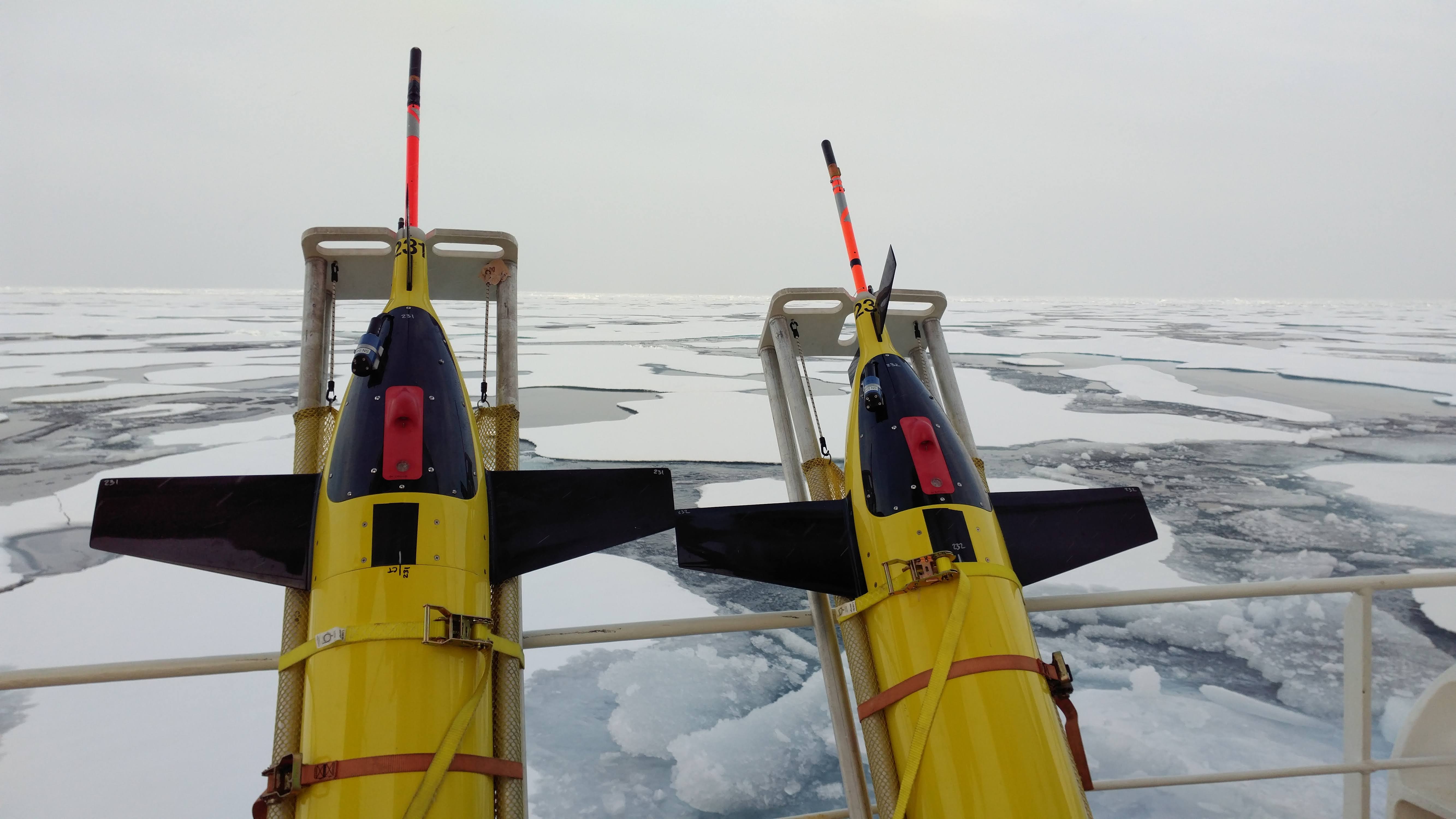 SG227 has called in and reported being (mostly) on-station, marking a second consecutive over-winter. Launched in the Beaufort Sea in Septemer 2019, SG227 over-wintered successfully into summer 2020, but could not be recovered due to ship availability. This also marks the longest Seaglider mission to-date. Here’s to hoping we can get a recovery ship this year so we can reward it for a job well done!

Thanks to Capt. Thorben Lund and crew from the Landhelgisgæsla vessel Þór for the flexibility to recover SG234 after the glider developed a late mission sensor problem. They were able to execute a superbly efficient recovery just prior to starting the latest deployment of NISKINe surface drifters. It is unfortunate that 234 will miss co-sampling with the drifters, but the glider did collect excellent data for 6 months prior to the fault.

SG219 and SG(X)237 are happily in the water following deployments from RRS Discovery as part of the DY130 cruise. The gliders were deployed ahead of the EXPORTS cruise DY131 so they could be part of the hunt for the eddy that cruise will focus its sampling on. Thanks Filipa and all onboard who helped make the deployments a success!

With the expert assistance of collaborators from Iceland’s Marine and Freshwater Resources Institute, SG527 was recovered aboard Bjarni Sæmundsson. Thanks to Andreas and all involved for all the help in bringing SG527’s successful five month mission to a successful conclusion! 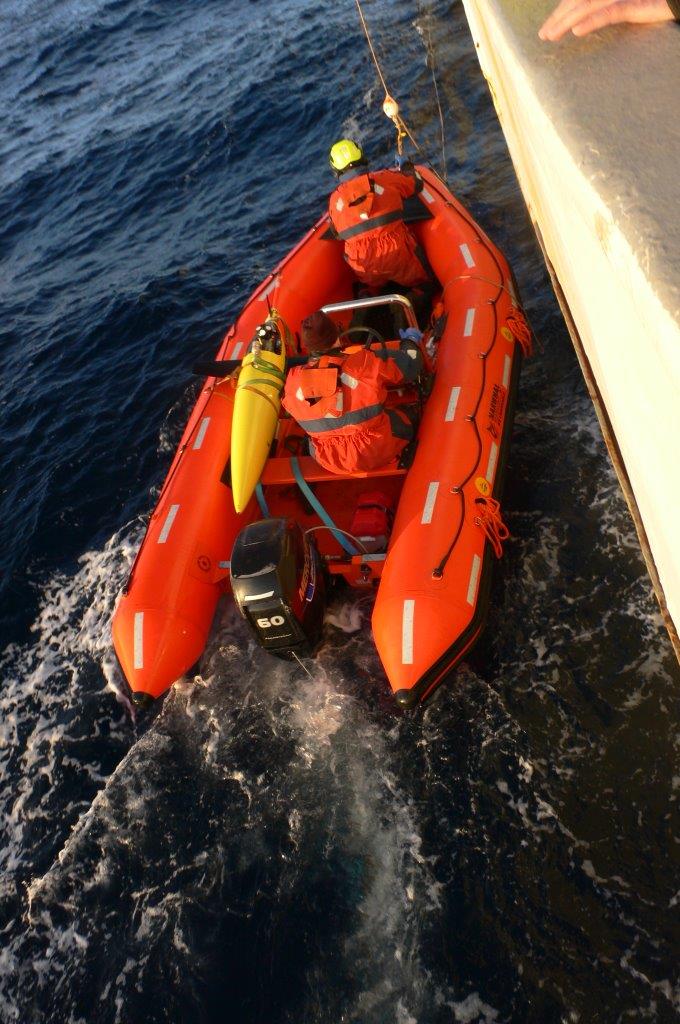 Seagliders SGX233 and SGX235 were recovered on Sikuliaq after a month collecting acoustic data from the CAATEX source.

Seaglider SG196 was recovered after a successful one-year over winter deployment in the Beaufort Sea! SG227 and SG299 also made it to the summer, but have apparently not made it through the transition period until recovery. 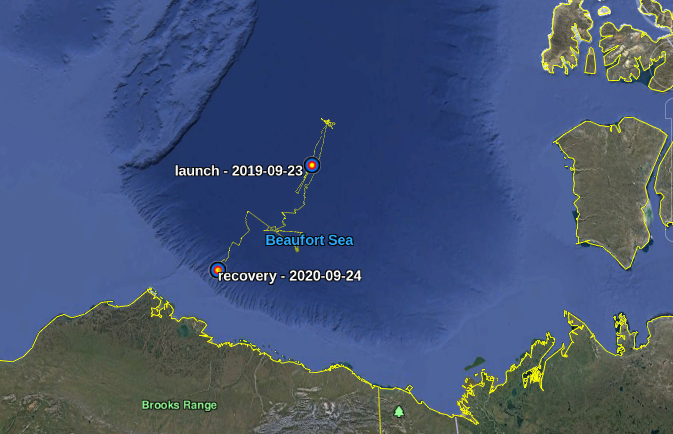 After 14 days of quarantine in Denmark and 28 days aboard Danish research vessel Dana, the IOP team has returned after successfully deploying the Davis Strait moored array. IOP previously maintained the array from 2004 - 2017 so this marks a return after a three year gap.

SG526 had fun making new friends in the NISKINe 2019 field program! SG526, DG044, Slocum Freya and Triaxus each carried a different flavor of microstructure sensor. NISKINe is a great example of bringing together a wide range of platforms to make amazing observations!

After coming out from the ice in November, SG221 and SG223 finished an awesome summer season of sampling with multiple trips under the shelf and along the ice front. With a full annual cycle captured and multiple excursions under the shelf, this is going to be a fantastic data set to analyze. 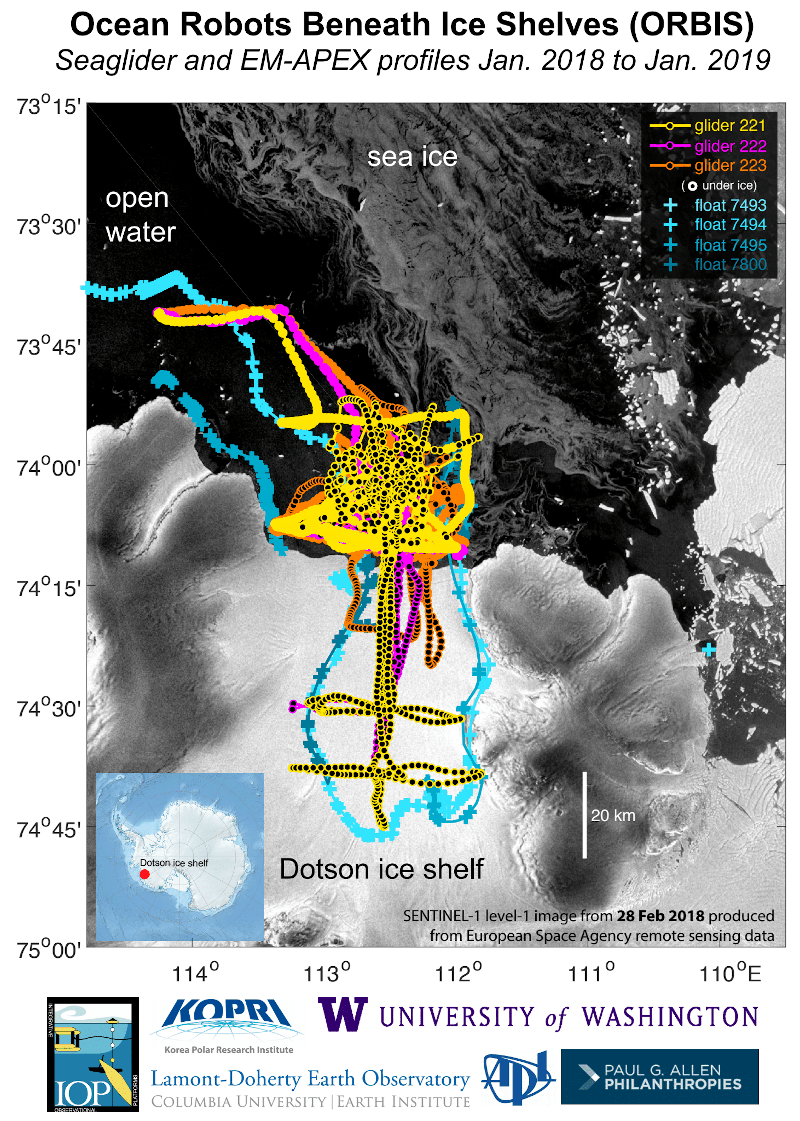 ORBIS SG223 has also now found open water and is calling in from her hold point offshore Dotson! SG223 managed brief calls in mid-April and mid-July after ice moved in on March 2. Now we’ll wait for the data backlog to be uploaded and then continue with more under shelf sections.

Posted 20 November 2018
SG221 comes out from under Antarctic ice

After 8(!) months under ice, ORBIS SG221 has found open water and is calling in from her hold point offshore Dotson! Station keeping over the winter looks great. We’re still waiting for the full winter of data to upload but what we have so far looks good

Congratulations to Leah on the successful defense of her PhD thesis!